An Riocht U11 team made the long journey on Sunday morning to play St. Michael’s Magheralin in perfect conditions for football. The kingdom men were very slow out of the blocks as they struggled with the physically bigger & stronger St.Michael’s team, who knocked over 3 great points. After a few wides, An Riocht burst into life when a great tackle and pass by Ryan Mc Veigh set Dylan Timms free and he finished to the net like an expert full forward. The rest of the half was point for point including two lovely long-range scores by Shawn Trainor. Both teams took a well-earned rest with the scores tied.
In the second half, the kingdom upped their game and scored a couple of quick-fire goals which allowed the confidence to flow. St. Michael’s battled hard but further scores including goals from Dylan, Darragh Curran, and Nathan Harper left the boys happy for the journey home.
Noah Mulligan was excellent between the sticks with some great catches & accurate kick-outs. Harry Cunningham, Logan Morris, and Finlay Spiers all made vital blocks and interceptions to help Noah keep a clean sheet. Brian Fearon was first class at half-back with Nathan Harper and Cian Doyle both winning vital ball. Tommy Eakins played a captain’s role at midfield driving the team forward alongside Darragh Curran who was a vital cog in the team. Ryan & Corey Mc Veigh played some superb football linking the play, while at the sharp end Dylan Timms and Shawn Trainor were two boys in top form. 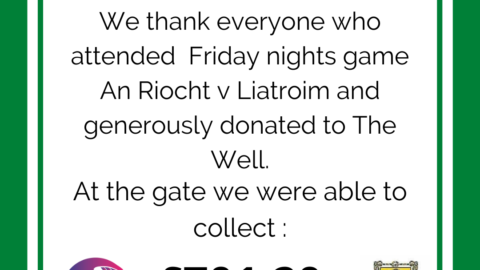 Donations for The Well! 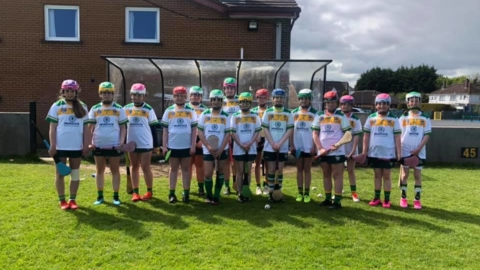 Proud sponsors of An Ríocht GAA